Success! In 5-10 minutes, check your email from hey@jarvis.ai for the link to try Jarvis for free, or you can...
‍
Start Your Free Trial Now
Oops! Something went wrong while submitting the form.

Why the Getty and Shutterstock AI Image Ban Was Too Hasty

Both Getty and Shutterstock banned AI images from their sites in 2022. But that move was a mistake. Here’s why, according to AI experts and a copyright attorney 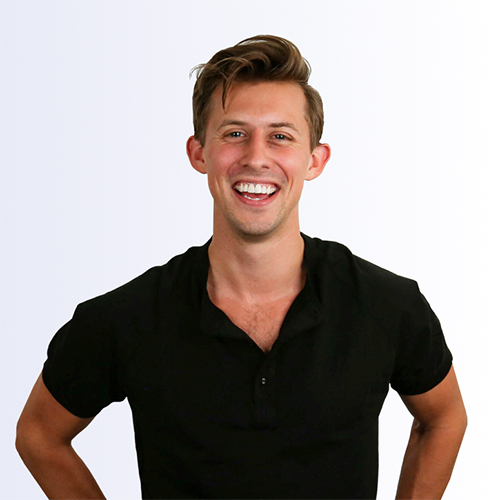 See all articles by this author → 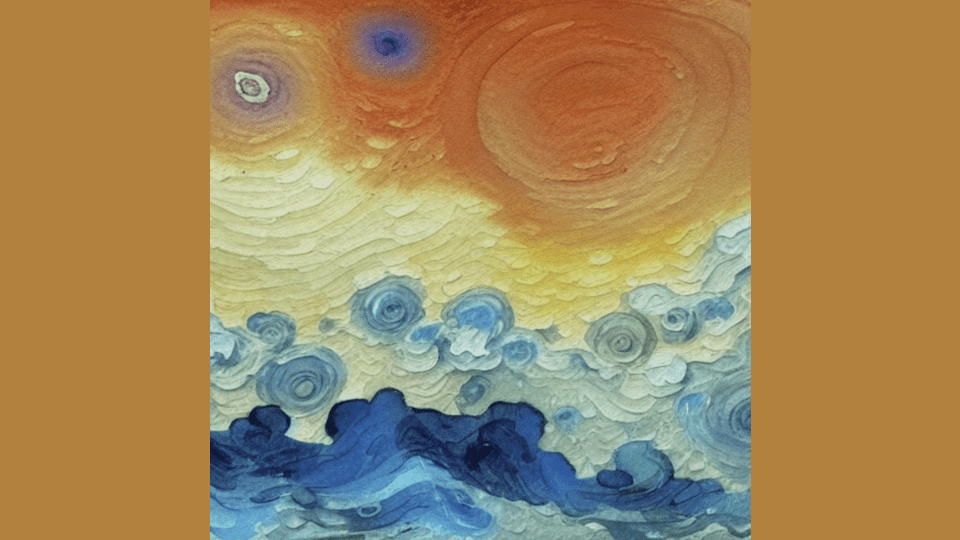 Marketing
All Things Marketing
Thank you! Your submission has been received!
Oops! Something went wrong while submitting the form.

What’s the difference between fair use and copyright infringement? Who should be compensated and how? These are the questions at the center of the polarizing debate on AI image generators like Jasper Art. Because these generators are trained on existing images, many argue that the resulting AI images cross the line in terms of copyright.

For this reason, many are against AI image creation tools altogether. Others are not 100% opposed but believe the creators of the original work should receive royalties. In fact, two of the top image providers—Getty Images and Shutterstock—have taken these positions.

Where do Getty Images and Shutterstock stand?

Out of the two, Getty’s stance has been the most firm. Their CEO, Craig Peters, is quoted as saying: “There’s a lot of questions out there right now—about who owns the copyright to that material, about the rights that were leveraged to create that material—and we don’t want to put our customers into that legal risk area [...] There have been assertions that copyright is owned by x, y, z, by certain platforms, but I don’t think those questions have been answered.”

A Shutterstock press release indicated that, while the company isn’t against AI, it’s concerned about ethics. So, it intends to compensate artists whose work is used to train its AI data sets.

Don’t get us wrong, that’s admirable. We certainly believe in being fair. But is compensation necessary based on the way visually-focused AI content creation tools work? And were Getty and Shutterstock’s bans really necessary? Let’s dig into both questions.

3 Reasons the Getty and Shutterstock bans are unnecessary

We asked artificial intelligence experts why AI-generated images should be allowed on stock photography sites. Here’s what they had to say.

“AI-generated images offer benefits to all stakeholders involved in the ecosystem—artists, consumers, and stock photo sites. They offer artists new opportunities to create high-quality images and increase their income, help customers get personalized images quickly and affordably, and thus improve business for the stock image websites as users would come back to buy more.”

Ultimately, everyone could win if the sale of these images was allowed.

But what about the artists whose work was used to train the AI? The next two points will address this concern.

2. “Original work” is a misnomer

Since AI image generators are trained on the work of human artists, some say the resulting images infringe on those artists’ copyrights. However, Amey brought up a good point, saying, “It is accepted that it’s impossible for a human to create an original work from scratch. All images are derivatives of other images.”

Of course, this is not to say that blatantly copying someone else’s work or style is okay. But copying is not what AI art generators do.

Amey explained, “An AI-generated image is derived from multiple images using Machine Learning algorithms. This means it’s not a replication of a single photo.”

While there may be a gray area when AI-generated images that are too similar to originals, often there are also arguments for fair use.

William Scott Goldman, founding member of Goldman Law Group, weighed in. The veteran trademark and copyright attorney noted that the fair use doctrine of the U.S. Copyright Act is typically based on a four-factor balancing test:

Explaining what this means, Goldman said:

Artistic, rather than purely factual works, are favored under #2. However, it's advantageous under #3 if only parts are being shared rather than a larger portion of the underlying work(s).

Finally, under #4, courts will consider whether the value of the original work(s) is being reduced as a result.”

Tools like Jasper Art pull “inspiration” from various sources (as does every human artist). And they’re also guided by the creativity of users. So, we’d argue that AI-generated images don’t tank the value of the various original works used to train the AI since they’re substantially different.

“Art” means different things to different people. Personal preference plays a huge role in how we each define it. But aside from individual likes and dislikes, let’s consider some basic dictionary definitions of the word from Oxford Languages:

Does AI art fit the bill? To answer that, let’s take Jasper Art as an example. To generate an image, you have to provide a prompt, which implies that you must have a creative idea in the first place.

Plus, you have to select several parameters:

This process—like snapping a photo or drawing a picture—is a form of expression and allows the demonstration of creativity. It takes skill to write good prompts. Plus, it requires practice to select the mix of settings that will generate images that match your creative vision.

Brennan Woodruff, Co-founder and COO of generative AI company GoCharlie, agrees that AI-generated images are “just as valid as stock photography since there’s an investment of time to create them and creative direction.”

But, while AI art shouldn’t be banned in Brennan’s opinion, he feels that “credit should be given to the data piles and artists used to train models that produce the images.”

Bright or bleak: The future of AI art on stock photo sites

As you can see, there are some good reasons not to write off AI-generated art. Could those reasons start to persuade image providers like Getty Images and Shutterstock to change their minds and embrace AI art? Possibly.

As we see it, there are two directions this is likely to go:

Brennan predicts that there will be “open-source models, and then certified models where a collective contribute their works to benefit from the models used in the long run.” He continues, “Those with existing IP [intellectual property] libraries may license their IP for training in exchange for royalties.”

We’ve already established that artists, consumers, and stock photo sites have much to gain from AI art. And that the fair use exception to the Copyright Act can apply in many cases. So, a licensing arrangement like this could be the solution for companies whose last lingering concern is compensating creators whose works AI is trained on.

But what if stock photo sites continue to resist altogether?

We could also see many of the companies behind AI image creation tools launching their own marketplaces. After all, their users are already accepting of the technology. These users would be among the most willing to share the images they create and to download AI art generated by fellow users.

Time will tell which of these two predictions is more accurate or if both will come true.

In the meantime, why not have some fun with Jasper Art? And, if you create any kind of content or copy, grab a free trial of Jasper too. Whether you’re looking to generate images or write high-converting content faster, these two tools can help!

Now AI writes where you do.
Add the Jasper Chrome Extension today.

Easily bring AI in your workflow to improve & create content, wherever you are. 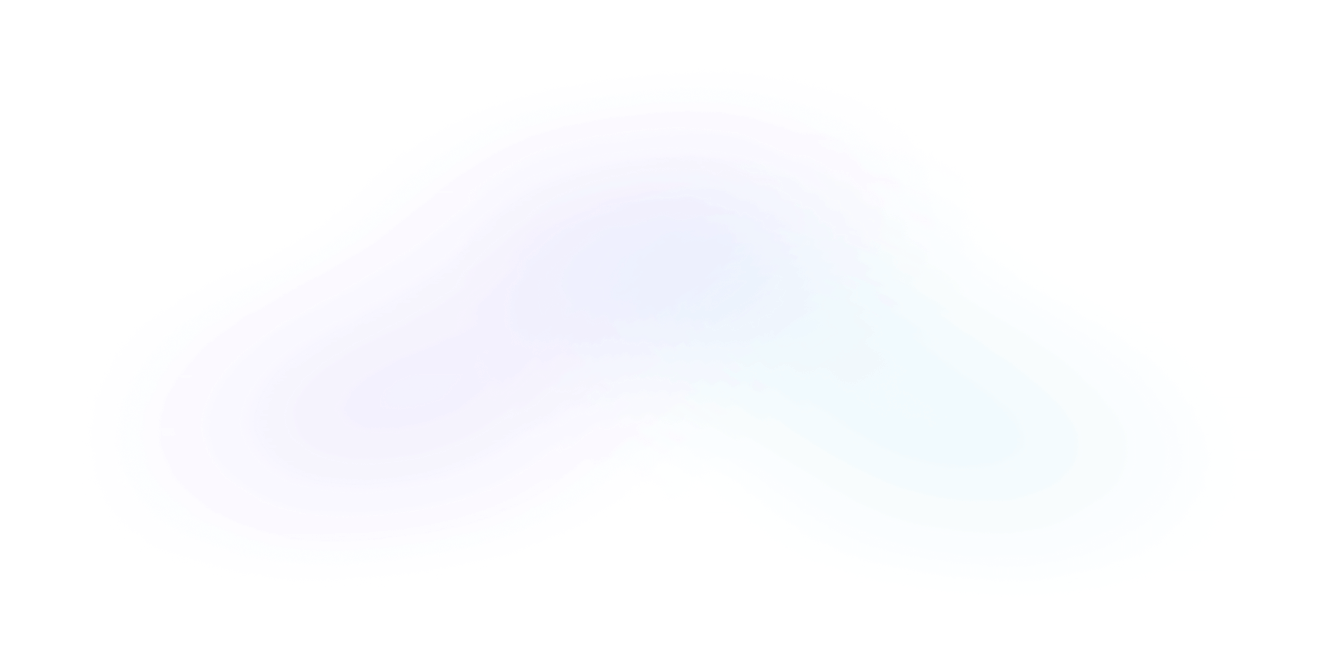 Thank you! Your submission has been received!
Oops! Something went wrong while submitting the form.
← See All posts 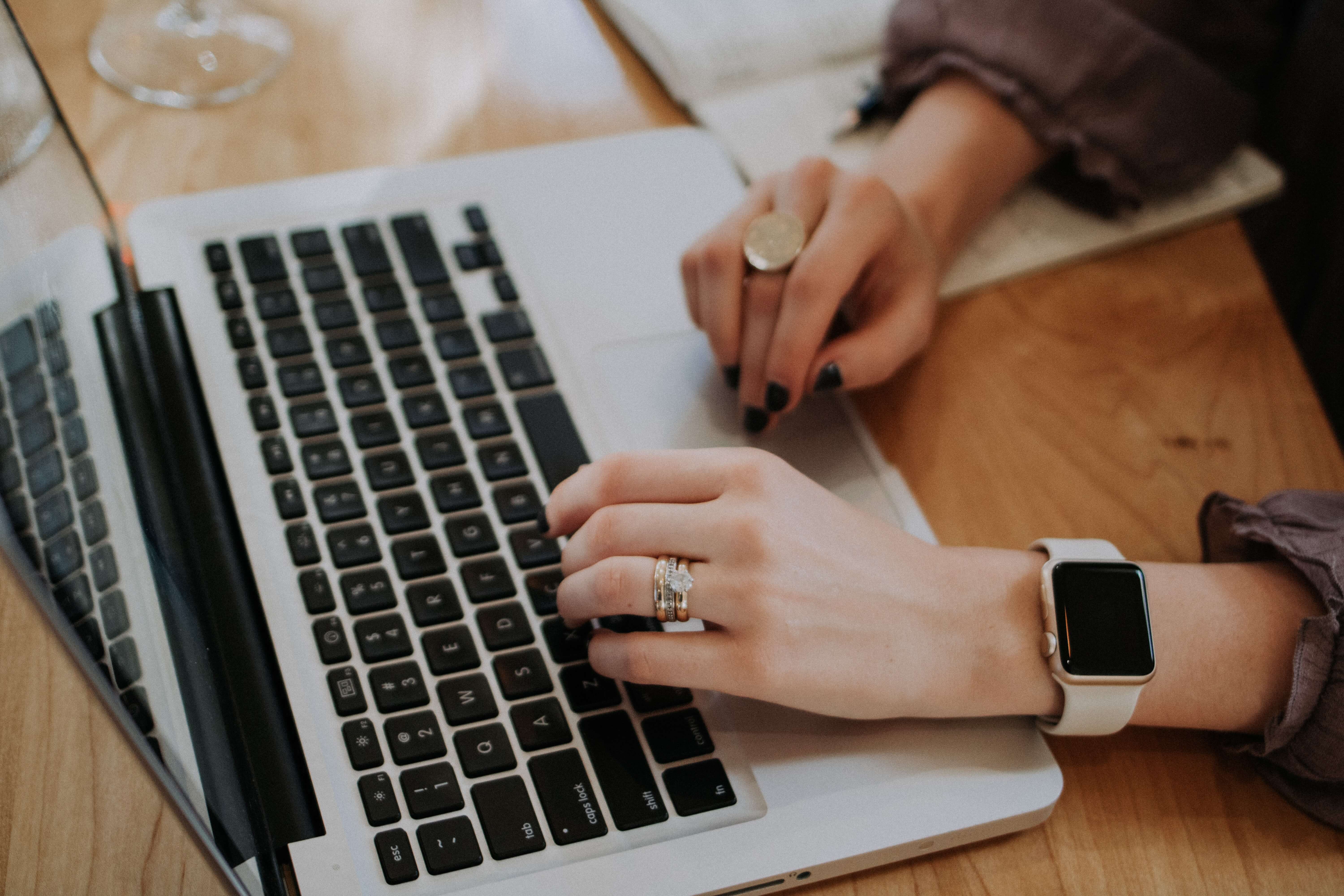 8 Modern Copywriting Tools You Should Try 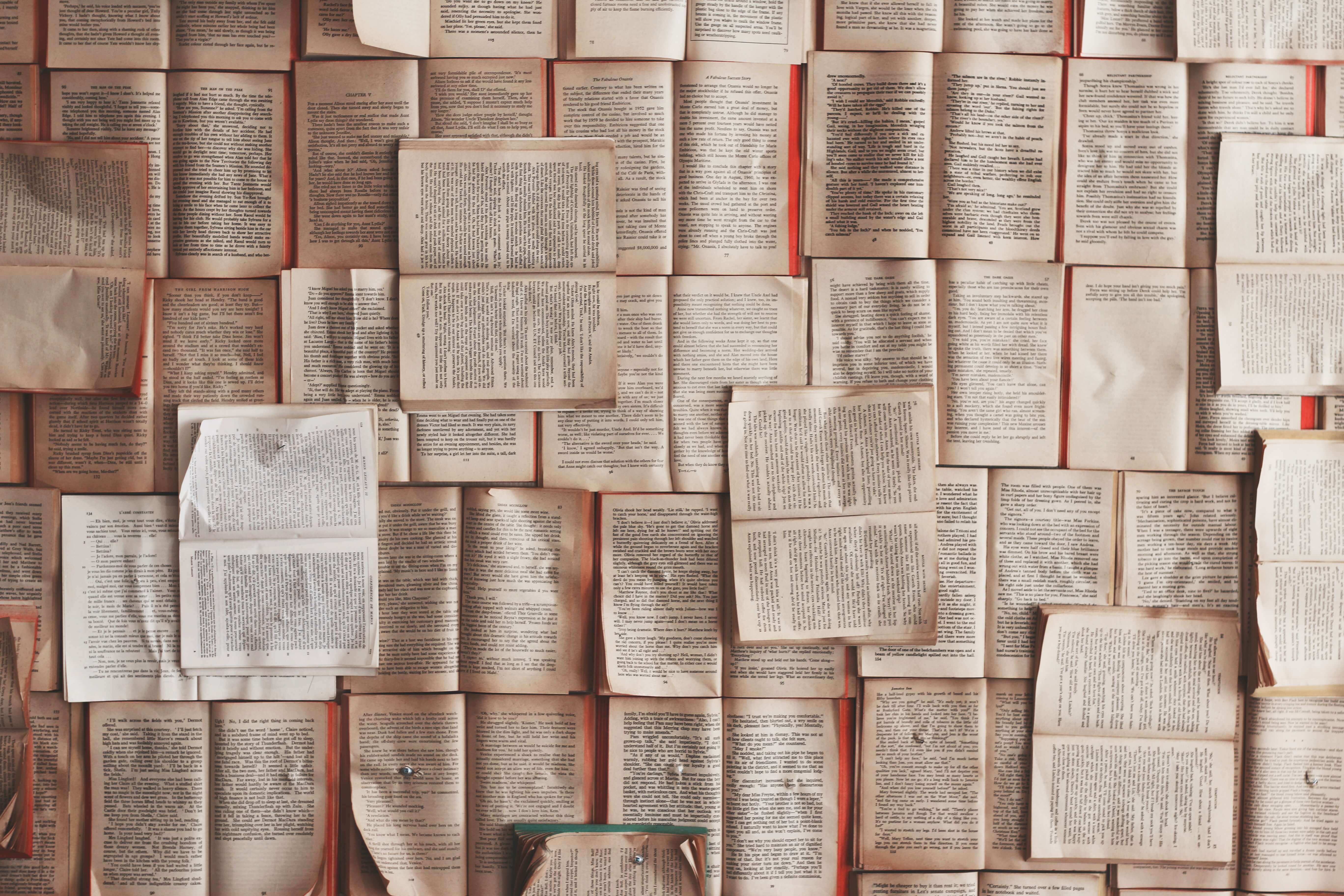 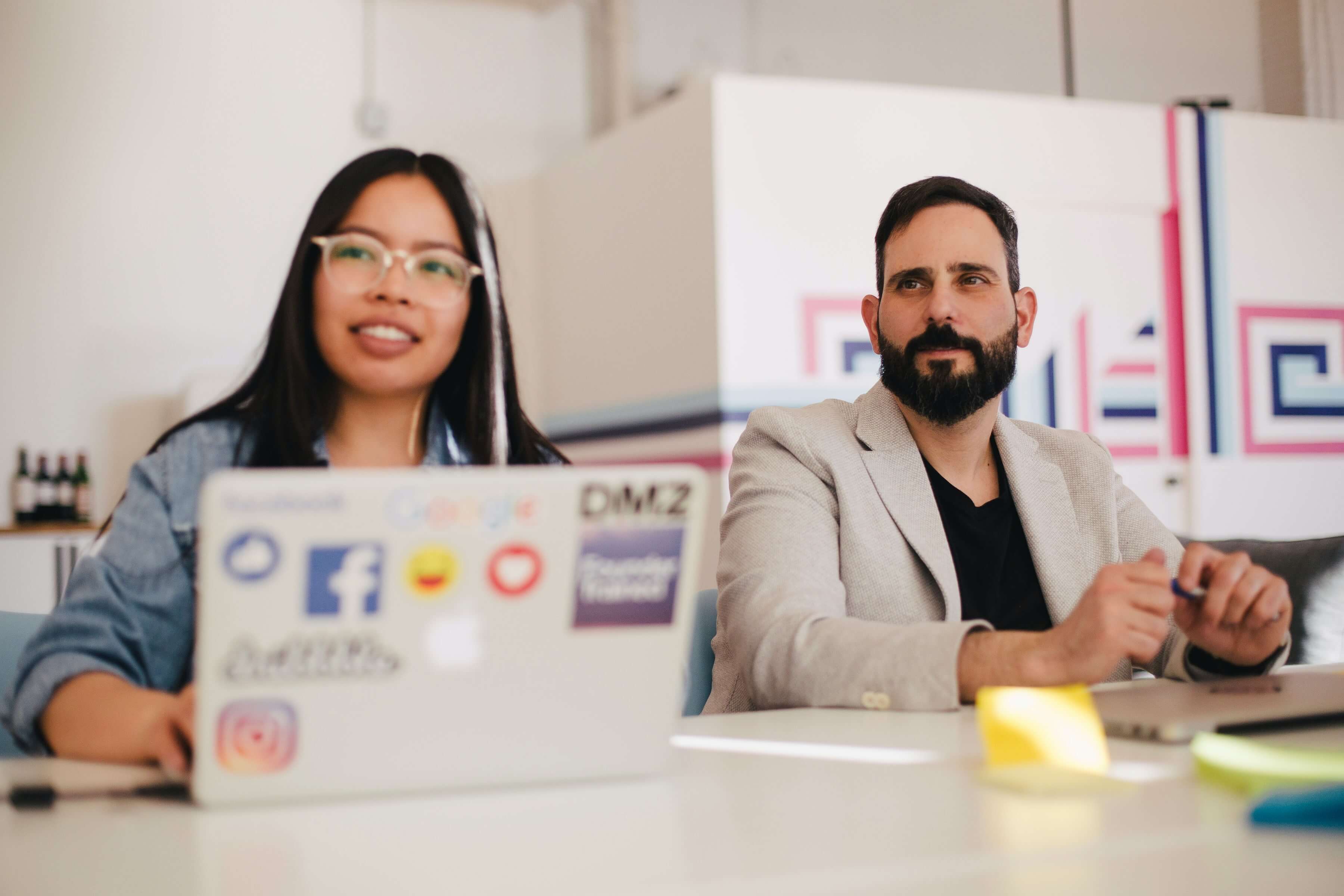 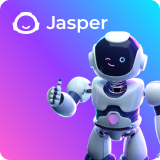